9:35pm – I was in bed, my cousin called much later than usual

9:41pm – Our talking woke Dante (my dog) and he began staring at me to go out 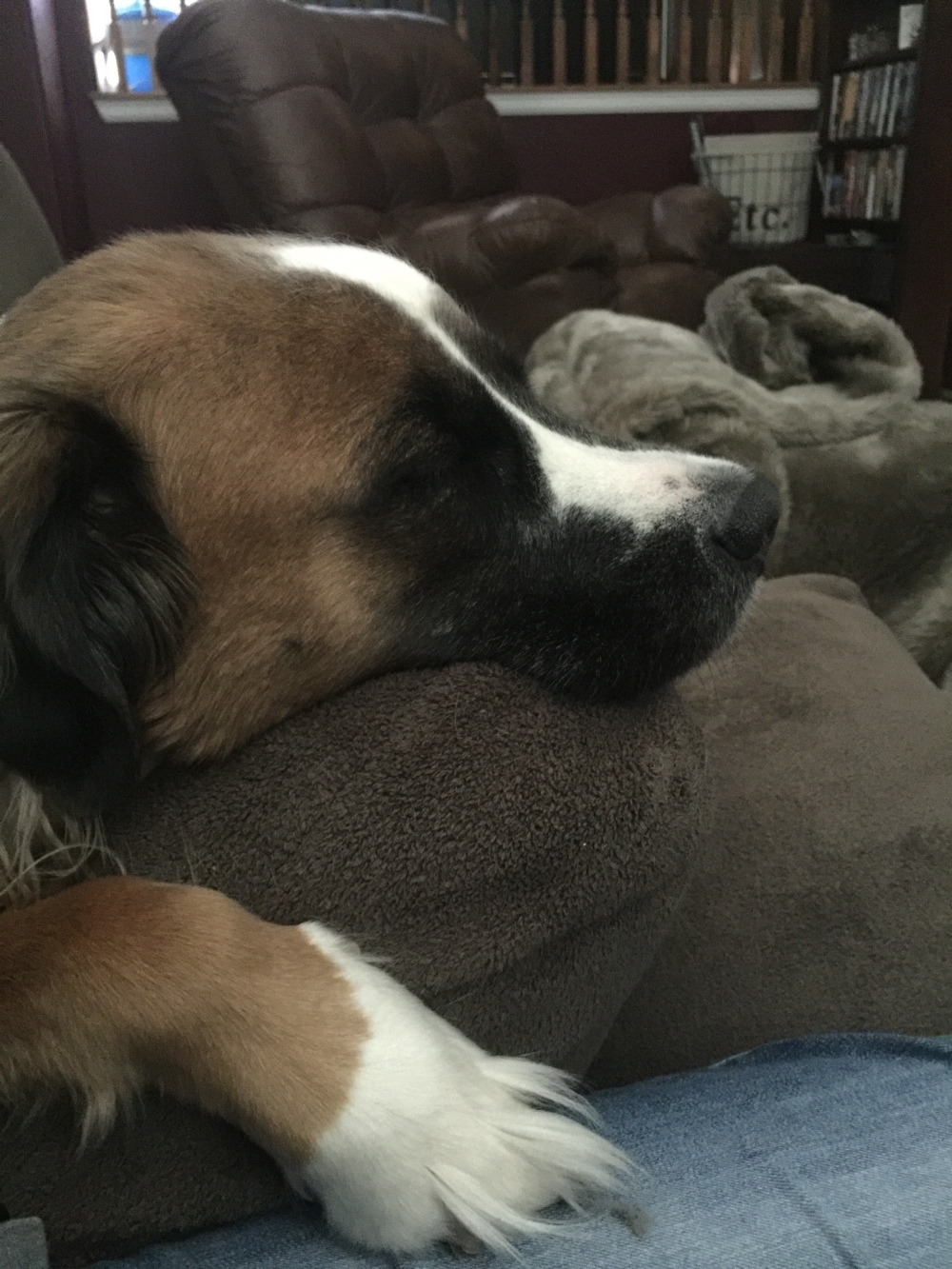 This is Dante, cute, right?

I jokingly complained to her that if I wasn’t talking, he wouldn’t have woken up and wanted to go out…and I could’ve stayed in bed

9:43pm – I let him out, he stood there, you know the look – like a Sarah McLaughlin video…nose in the crisp wind

That’s when I saw my brand new lavender plants sitting on the bench. I had forgotten to bring them in…they’re still potted, at least until the temperatures are warmer…so it’s possible they could’ve been damaged.

That’s when it hit me…

If she hadn’t called and woke me up, which woke up Dante, I would’ve forgotten my new lavender plants outside and possibly lost them.

The more stoned I got, the more I thought about consciousness. More specifically, my dog’s consciousness. I know it sounds crazy, but bear with me in a Joe Rogan kind of way…what if all living beings have more awareness than we give them credit for. Wouldn’t it be amazing if my dog realized that my routine had somehow changed? Maybe he realized that the lavender wasn’t inside…how? I have no idea. He sniffs them when they’re inside, and again every morning when I put them out. Maybe sniffing is some kind of doggy navigational and mapping system. Maybe he knew his routine was missing something…I don’t know! Somehow he realized they weren’t in, and maybe he knew that I take care of the plants, and in making that realization he sent a signal out to The Universe to figure out a way to remind me.

The reason I say this, is one MAJOR detail in the course of events, Dante didn’t have to go potty. He just stood there, sniffing the wind.

I realized right there – everything we do, even at the most inconvenient of times, has a meaning…a purpose. If you’re too ego-y, the meaning won’t be as clear, but if you relax, maybe smoke a joint, you’ll learn all kinds of stuff.

I mean, think about it…

If she hadn’t called, I wouldn’t have woken Dante…and my plants could’ve been damaged.

if Dante had sent the signal about figuring out a way to remind me about the lavender, why wouldn’t he have just woken me up without needing my cousin to call and do it?

But then again, Dante didn’t actually have to go out – somehow this sequence of events had to unfold just as it did in order to lead me where I’m going.

There’s a much deeper meaning to everything we do…it’s all leading us somewhere. Try and view yourself as an observer, but not from a mental standpoint, but literally, look at your life as though you’re guiding yourself…literally, see you, as you would see another person, invisibly guiding you. Stop trying to see with your eyes…stop trying to “form a mental image,” just relax and see with your third eye…the other you.